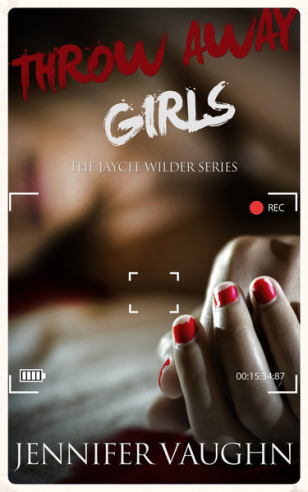 Excited to announce the release of Throw Away Girls, the first in my new Jaycee Wilder series.

Hard-charging, insightful, and ambitious, Jaycee Wilder wants to take her TV news career to the next level. The Los Angeles reporter is hungry for the big story. When dead girls begin to pile up at seedy nightclubs that cater to whimsical, fetish-seeking strangers, Jaycee suspects a serial killer is at work. She aligns herself with an east coast cop trying to resurrect himself- and his once stellar career- from a drunken skid. The killer lives a normal life during the day, while hunting the Throw Away Girls at night, punishing them for their dark urges. He leaves messages behind in his victims' blood, his explanation for enacting such brutal, twisted justice upon the unworthy. He watches the media coverage. He knows the wily reporter is chasing him. As Jaycee follows her gut, and the evidence, she forces him to act. But when a killer is clever and cunning, he can infiltrate anywhere. Jaycee must utilize all her skills to expose him before he gets to her first.

Early reviews are in: