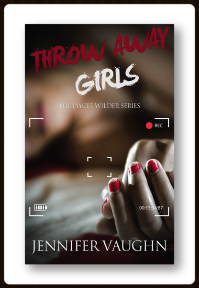 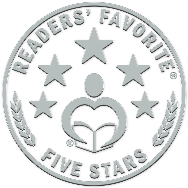 Jaycee Wilder thrives on the 'Big Story' and when she successfully weasels her way into the middle of breaking news, she is at the height of her game. Best known as the news anchor at her LA news station, investigative reporting is the adrenaline that fuels her creative fire. When news breaks about a twisted rash of Throw Away Girl murders, Jaycee is first in line to vie for the exclusive. Along with Ben, her trusty and extremely loyal photographer, Jaycee goes above and beyond standard job requirements to crack the case.

Throw Away Girls by Jennifer Vaughn is told in much the same vein as a James Patterson novel. Vaughn’s descriptive passages leave little to the imagination, allowing a banquet of vivid imagery that is certain to elicit nightmares. I appreciated the careful thought given to precise sentence structure and appropriate vocabulary. Throw Away Girls is certain to make the best seller list of summer reads. This is a SUPERB thriller. Good stuff! I hope there will be a sequel.

Fans of novels that feature high-octane action and powerful female protagonists will quickly realize that the characters and nature of Throw Away Girls represents the embodiment of passion and purpose in the form of reporter Jaycee Wilder, who sets out to snag a big story and a bigger career in Los Angeles.

She gets more than she bargained for, however, when a series of murders draws her from her safe role as a reporter into the more dangerous world of an involved investigator edging ever closer to a clever killer.

Throw Away Girls doesn't open with Jaycee's perspective, however: shockingly, it documents a murder in progress, immediately letting readers know that violence and danger will permeate the story line, which is not a powder-puff piece for light mystery readers.

This killer specializes in the seedy kinds of girls who frequent nightclubs; so in order to break the story, Jaycee must track  dangerous, savvy killer whose methodology and expertise in murder is only part of his cunning in knowing how to disappear and how to observe, from a safe distance, Jaycee's increasing involvement in the hunt.

At times it feels like the roles of predator and prey is continually switching, and that's because each protagonist faces a worthy, equal opponent in the other. And so a cat-and-mouse game evolves that keeps Jaycee - and readers - on their toes as a dangerous romp through the seedy side of life embraces agony, awareness, and the Dr. Jekyll and Mr. Hyde life of a family man by day, who is a passionate killer by night.

Is Jaycee about to become a "Throwaway Girl" in the killer's limelight? Evidence warns her of the danger ("If she wasn’t in the throes of a big story, using insider information, and about to reveal even more about a killer on the loose, she’d consider this a coincidence. Some crazy guy letting her know he thought she was hot. But then she flipped the picture around and all hope of bad cosmic timing was lost. No, this was intentional, a killer’s way of telling her to back off in bold red pen."), but her response is to not only persevere, but adopt a level of cunning equal to that of her opponent.

In such a game, who will win? There are no pat answers and no quick solutions, and readers of detective fiction who like well-developed characters, twists of story line, and engrossing moves and counter-moves will love the approach of Throw Away Girls, which takes a brutal vigilante's personal quest for justice and blends it with a savvy reporter's passion for her job.

Readers enthusiastic about smart, successful, creative female protagonists will find themselves rooting for Jaycee's ultimate success and chafing at the many obstacles and increasingly insurmountable hurdles she faces in the process of playing a dangerous game.